While the Windows 8.1 Update 1 has already been leaked onto the web, Microsoft still hasn’t announced an official release date for the update. We previously heard rumors that the update to Windows 8.1 would drop some time in March before Microsoft’s Build Developer Conference, which takes place from April 2nd to the 4th. Mary Jo Foley of ZDNet now has news from two of her sources that the release date of Windows 8.1 Update 1 will be pushed back until after build on April 8th, during Microsoft’s “Spring” update cycle. 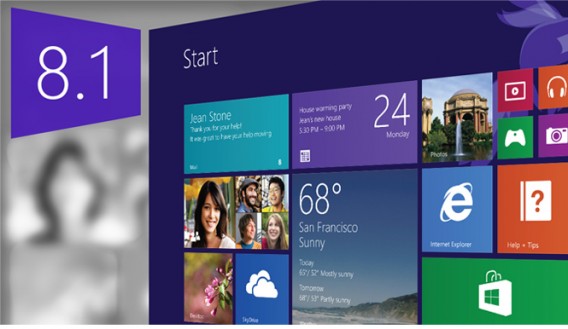 Windows 8.1 Update 1 will concentrate on making Windows 8.1 easier to use for traditional mouse and keyboard users. The operating system will be set to boot to the traditional Windows desktop instead of Microsoft’s tile interface, which was designed for touchscreens. The update will also include the ability to pin “Metro” apps to the taskbar, making them easily accessible instead of hidden away in the tile interface. Lastly, there will be easy access to the Sleep/Shut down/Restart buttons in the tile interface instead of being buried in the Charms Bar.