It’s a big day for Windows operating systems. While faithful friend XP bids a final goodbye, young upstart Windows 8.1 takes on new life. We were never quite sure what we’d see in this update, announced at the recent Build 2014 Conference and released today, the same day the XP’s final patch is passed out to users. Rumors were rife, leaks were numerous and people debated whether Microsoft would make the operating system more accessible to mouse and keyboard users, or stick to their guns, catering to touchscreens. Well, now we know. Want to find out?

Windows 8.1 Update is a bonanza update with new features, changes and improvements that are significant, and more than welcome. You’ll see changes to the start up behaviors, memory management and, of most interest to the casual user, significant UI (user interface) changes. 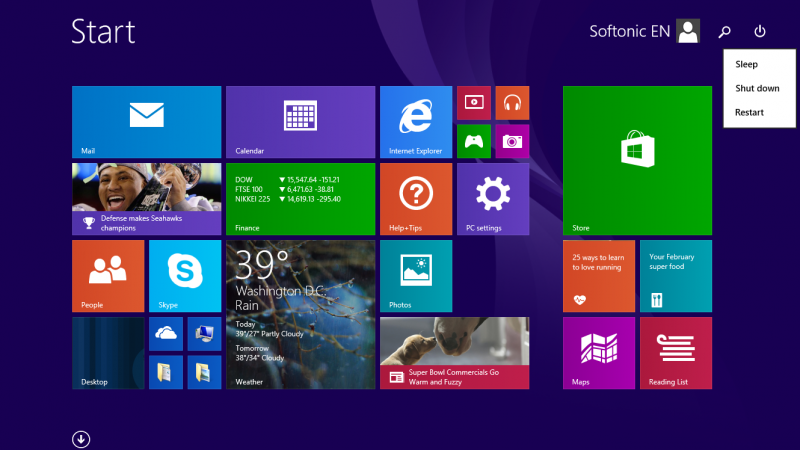 A balance between new school and old school

Windows 8.1 Update has made some concessions to traditional keyboard and mouse users. PCs running 8.1 will now boot to the desktop by default, although this behavior can be changed. Power and search icons have been added to the start screen. This feature wasn’t missing before, but simply typing without seeing where felt unnatural to many users.

Mouse users will also be able to right-click tiles to get a small, context-style menu on tiles, although personally, I think it ruins those nice clean lines. No doubt plenty of 8.1 users will disagree! Finally, once updated, new profiles will see a handy group of tiles – Settings, This PC, Documents, and Pictures – added to the Start Screen, bringing more old-style easy functionality. 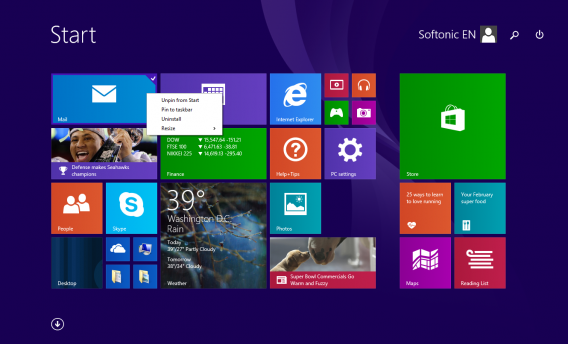 Changes to Apps view in the latest version of Windows 8.1 Update are subtle, but useful. New apps are indicated and marked as such, and you’ll be able to make changes to how the Apps list displays, making it easier to manage large numbers of apps. Sorting has also been improved, as we hoped. You can now sort apps alphabetically, a nice touch that again adds functionality that should never have been missing! 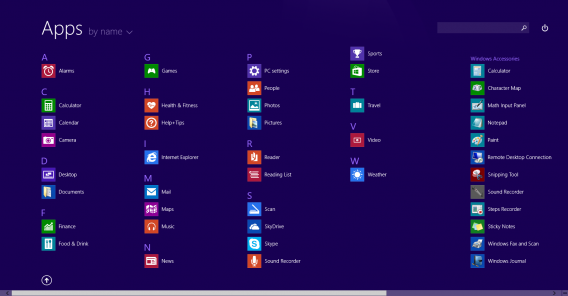 Here’s one that will really please the masses – you can now pin Store apps to the desktop taskbar, and those apps will show up in the taskbar while you’re using them, as you’d usually expect. They’ll also support the standard app preview, by mousing over the icon. 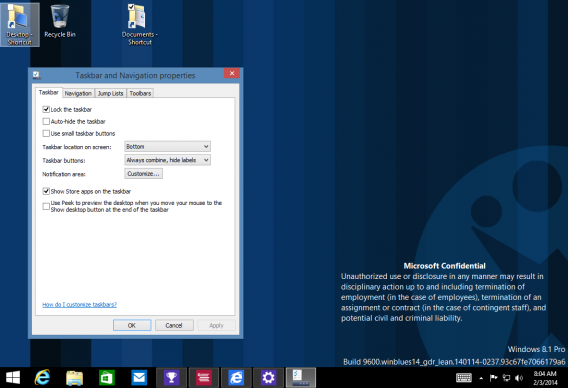 This option can be easily configured – in other words, disabled – from the Taskbar properties. Enabling or disabling here will also affect your ability to see the new minimize option, so bear that in mind if you can’t see it immediately. 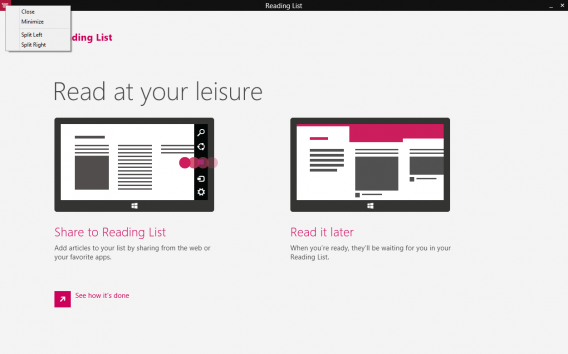 We were already pretty sure we’d see improvements to the Settings options, and we were right. You’ll now easily see how much disk space your apps are taking up. There are also some easy fixes for basic tasks, like renaming your PC and tweaking WiFi, options that feel completely natural.

A definite step in the right direction

Being blunt, Windows 8.1 Update brings no surprises. Although almost all changes were expected, it’s all useful stuff that many believe should have been there from the start. Although Microsoft’s desire to innovate and move forward is understandable, wanting something hard enough (in this case, a brave new world where keyboards and mice are relics of the past!), isn’t enough to make it happen.

The increased balance between old and new could feel like a defeat, but in the end, the customer is king, and this is what the king demanded. Although it renders Windows 8.1 less avant-garde, it also renders it much more accessible and, we think, greatly improves its chances of success and across-the-board uptake.