Windows 8 was released today. If you want to be at the forefront of trying out Microsoft’s latest operating system, you’re going to want to purchase and install the version that best suits your needs. There’s been some mention of Windows RT among various tech and software blogs, including our own, but what exactly is Windows RT? How is it different from the standard Windows 8 operating system?

Here’s a primer on Windows RT and how it differs from Windows 8 so you can choose the right version for you.

As you might already know, Windows 8 boasts two unique interfaces – the desktop mode and the Modern UI. Users can toggle between the interface of their preference in the standard Windows 8 package, as well as with Windows RT. 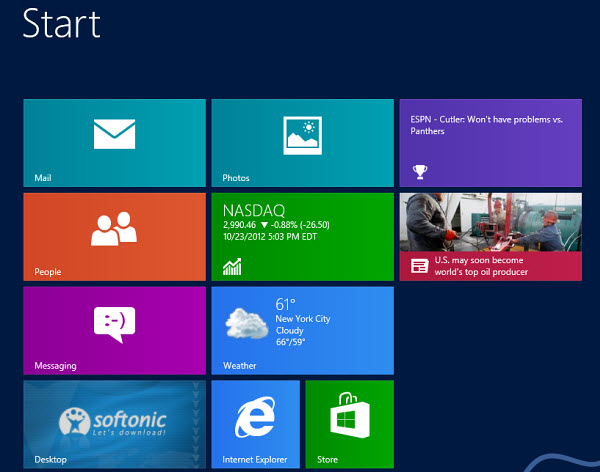 The Windows 8 and Windows RT operating systems are virtually identical in appearance. It’s their differing capabilities of running certain software applications that sets them apart.

The standard Windows 8 OS allows you to install and run virtually any software application that is also compatible with Windows Vista and 7. With very few exceptions, Windows RT can only run apps available in the Windows Store. You won’t be able to install legacy apps, those programs that run on your desktop on older versions of Windows. This makes Windows RT much more like of a tablet OS than Windows 8, which has all the program installation and running capabilities of any other fully developed Microsoft operating system. 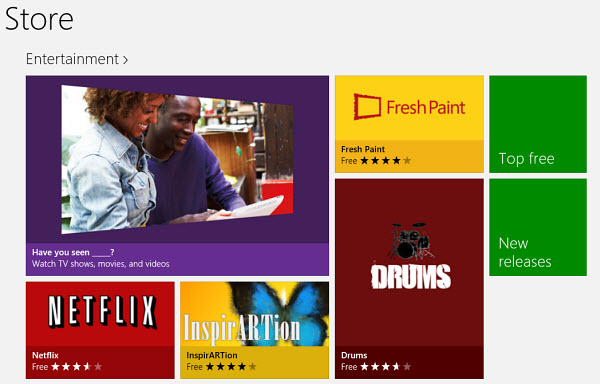 Because of its limitations, Windows RT does not include Windows Media Player like Windows 8 does, but offers Microsoft Office 2013 RT for free, meaning it will be able to run programs like Word, Excel, and PowerPoint right out of the box. The standard Microsoft Office 2013 is available to Windows 8 users but isn’t included with the operating system. You’ll have to purchase Office 2013 separately for Windows 8.

The difference between Windows RT and WinRT

With such similar names, it’s easy to think Windows RT is the same as WinRT. Unfortunately, they’re not even close. Apparently, the RT in Windows RT doesn’t stand for anything, whereas WinRT stands for Windows Runtime. While Windows RT is a more limited version of the new Windows operating system for tablets, WinRT is just a technical term that describes the engine that helps power apps downloaded from the Windows Store. It also makes writing apps for the Windows Store even simpler, a definite draw for app developers who want to branch out to the Windows ecosystem.

Here’s another way to look at it – only software written using WinRT can run on Windows RT. It’s a bit of a tongue-twister, isn’t it? Hopefully it also highlights the difference between the two.

Windows 8 is available to purchase for installation on any recent PC. Windows RT, on the other hand, will not be released for purchase. It’s effectively an ‘OEM’ system, designed only for hardware manufacturers to put on new tablets. That’s why Windows RT is only available on the Microsoft Surface and four other forthcoming tablets.

Windows RT will likely be a good choice for users who will be happy using a tablet with Office and Windows Store apps. If all you want to do is work in documents, surf the web and watch the occasional video, Windows RT will be fine. Windows 8 represents a more complete package especially because it also includes support for older software not found in the Windows Store. There are 3 versions of Windows 8 to choose from. The standard Windows 8 includes all the basic features of Windows 7.

Here’s what you get for upgrading to Windows 8 Pro.

And here’s what you get for upgrading to Windows 8 Enterprise.

For those who are planning to make the leap into using this new OS, will you be opting for Windows 8 or Windows RT? Be sure to also check out our guide on how to install Windows 8.